Skip to content
A Game of Porcelain Thrones • Back it on Kickstarter NOW! • Be the first to get a copy!

The headline of this Popular Science article is pretty much all you need to know:

You cannot escape poop bacteria
Bathrooms are gross, but so is everything.

which is because of toilet plume

Please, for the Love of God, Close the Toilet Lid When You Flush

In the field of science (yep, there’s science about this!), it’s called the “toilet plume,” a.k.a. the germs and fecal matter that get shot upwards — up to 15 feet high! — with the force created by the sudden gush of water.

The first foray into this poop-tastic piece of physics happened during the ’50s, with a particularly groundbreaking (and skin-crawling) piece of research emerging in 1975, when Charles P. Gerba published a study in the journal Applied Microbiology. Gerba found that a single flush sent E. coli airborne and viable for at least four to six hours later. That means your 7-year-old could flush the toilet with the lid up after he gets home from school and harmful bacteria would still be floating around your bathroom at dinnertime.

(And the above is why I don’t keep my toothbrush in the bathroom.)

So just playing the odds, odds are there is fecal matter on your playing cards.

Going back to the Popular Science article:

But just because some truly terrible illnesses spread via poop doesn’t mean that the bacteria we find all over everything are dangerous. They just happen to come from poop. Yes, you should wash your hands when you use the bathroom and yes, you can reduce the bacteria on your hands by using paper towels over hand dryers (jet dryers are better than standard ones, but worse than paper towels, according to this exhaustive literature review from the Mayo Clinic).

It’s all in a days work. Take solace in the conclusion from Popular Science:

The fact remains, however, that poopy microorganisms are all around you all the time and there’s just not much you can do about that except to embrace them.

NOTE: To the best of our knowledge, A Game of Porcelain Thrones playing cards do not come with fecal matter pre-applied. We leave that up to you!

Head over to Kickstarter to back A Game of Porcelain Thrones and help it get brought into the world! Be the first kid on your block to get a copy of the game that everyone will be talking about!
Go to the Kickstarter now!

Sign up for the AGOPT email list!
Get a FREE PnP of the YELLOW "Let it mellow" edition!

Behind the Scenes (Behind! Get it?) Game Design Personal Prior Use TMYK

Be there! Do that! 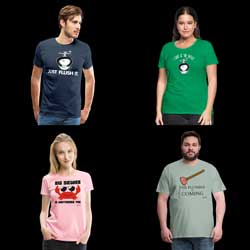 Get the AGOPT news from “The Plunger” in your Email:
You’ll be first in line to find out about A Game of Porcelain Thrones stuff AND you’ll be notified when the Kickstarter goes live so you can be first in line to support the game. AND you'll get a FREE Print 'n Play of the Yellow "let it mellow" edition. 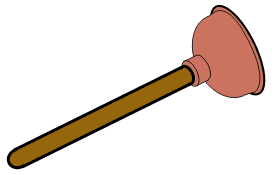